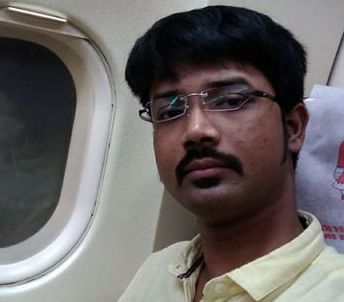 Bhubaneswar: The Commissionerate Police today busted an online shopping racket with arresting its mastermind who has duped people of around Rs 10 lakh, a top police official said.

The accused has been identified as Rashmi Ranjan Pani, 33, a resident of Balasore district. His Facebook status reads: Impossible means I am possible and there is no such work on the earth which a man can’t do.

Confirming the news, Police Commissioner Y B Khurania said Pani has been arrested by a special investigation team from his residence in the city.

The matter came to light when an Indore-based businessman, Chirag Jain sent an e-mail to Khurania alleging that he had placed an order with Pani’s Gateway Foundation to purchase garments worth Rs 15,000. But he did not receive the consignment.

The top cop said: “The accused (Pani) had opend an online shopping centre, called Gateway Foundation and lured people by posting pictures of branded garments claming he will supply these items at low cost. He used to market his products on Facebook, WhatsApp and asked to make online payments to receieve the consignment.”

He has duped aound 12 people on the pretext of supplying them branded garments at cheap rates through his online shopping portal, Khurania added.

The police team has caught him by tracking the International Mobile Station Equipment Identity (IMEI) number of his mobile phone. He had used multiple SIMs and after conversation with a customer he used to dispose it.

During investigation, it was revealed that around Rs 10 lakh was deposited in Pani’s company’s bank account in phases within a year and which he had withdrawn a few weeks ago. The address proof he had furnished to open his bank account turned out be fake, a police official said.

Irani targets Rahul for remarks on hospital for Odisha