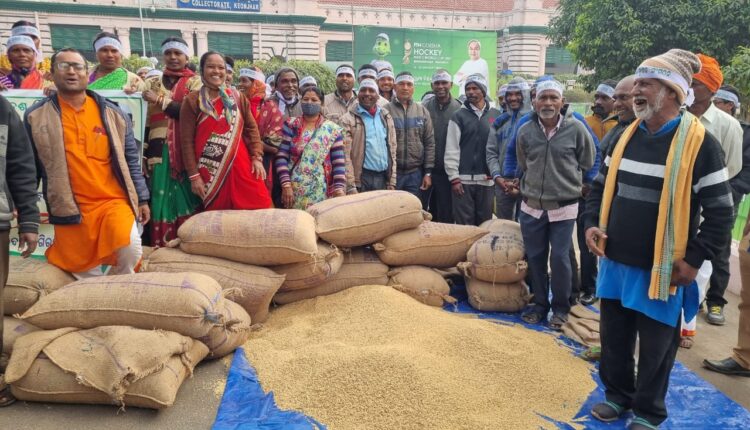 Bhubaneswar: Farmers under the aegis of Nava Nirman Krushak Sangathan today staged protest in front of Collectorates in several districts by placing paddy before the offices opposing irregularities in paddy procurement at mandis.

In Jagatsinghpur, the farmers spilled paddy in front of the residential office of the District Collector to stage protest. They also gheraoed the office.

Scenes were similar in Keonjhar as farmers opposed katni chhatni and placed sacks containing paddy in front of the Collector’s office.

In Bhadrak, agitating farmers entered the premises of the Collectorate and staged protest by placing paddy sacks.

Similar protests were also seen in Jajpur and Khordha.

The farmers alleged that katni chhatni at mandis has affected them financially. They also demanded an increase in the minimum support price of paddy.