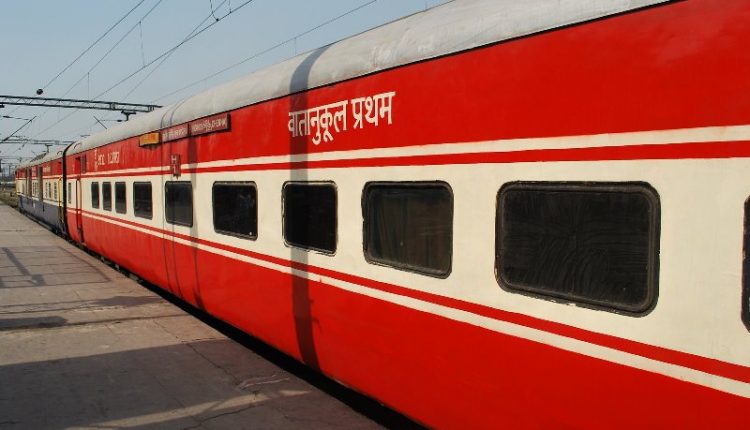 Rajdhani Express trains departing from Bhubaneswar and New Delhi will be fitted with modern couplers, which will ensure a smooth ride to the passengers, the East Coast Railways (ECoR) informed today.

The move was taken following regular feedback from the passengers, who complained they feel some amount of discomfort due to jerks in LHB (Linke Hofmann Busch) Coach Trains like Rajdhani Express Trains during their journey.

Following this, the Railways had examined the issue by the expert committee of Railways and action plan was formulated to give attention on longitudinal jerks in Centre Buffer Couple (CBC). The committee has advised to replace the single pack of draft gear and floating plate draft gears CBC with balanced draft gear CBCs, a railways official said.

Now, all the Rajdhani Express Trains to and from Bhubaneswar will run with modern Couplers to ensure smooth and jerk free journey to the passengers. A Coupler connects coaches with each other. In a revolutionary changing system in Indian Railways, the age-old couplers have now being replaced with newly developed technology — Centre Buffer Couple (CBC) with balanced draft gear.

“The existing CBC has weak shock absorbers as a result passengers sometimes feel jerks during the journey,” said the official.

A coupler is a device for connecting coaches with each other in a train. The equipment that connects the couplings to the rolling stock is known as the draft gear.

The new design CBC is equipped with balanced draft gear which has high capacity shock absorbers, said the official.

Six items taken out of the 28% GST tax bracket: Jaitley

Here’s the list of trains to be temporarily cancelled…

Odisha: Here’re the trains cancelled due to rail roko…