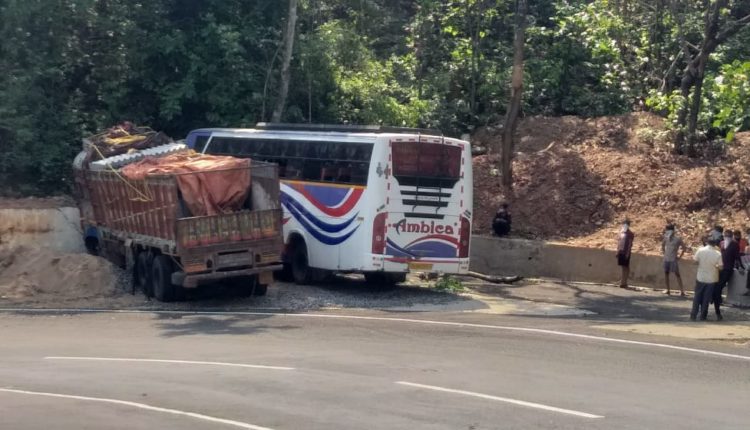 Bhubaneswar: The Odisha government on Sunday decided to change the route of transporting stranded migrant workers from Gujarat’s Surat after two buses ferrying them met with accidents on a hilly road in the state, leading to two deaths and several injuries.

The state government also ordered a probe into the accidents, which occurred on a stretch of the Kalinga Ghat Road along the border of Ganjam and Kandhamal districts in quick succession on Saturday night and Sunday morning, Transport Minister Padmanabha Behera said.

“Steps are being taken to change the route of buses ferrying the stranded migrant labourers from Gujarat after the vehicles enter Odisha as the drivers from the western state are finding it difficult to drive on the Kalinga Ghat Road,” he told PTI.

Instead of taking the hilly road, the buses coming from Gujarat will enter Ganjam district via Boudh-Charichhak and Nayagarh, the minister said.

One person died on the spot in the first accident in Durgaprasad area in Ganjam district while another seriously injured migrant worker succumbed to injuries in a hospital, police said.

In both the accidents, the buses had hit the guard wall of the hilly road, officials said.

The minister said a thorough inquiry will be conducted to ascertain the reasons behind the back-to-back accidents.

“It seems the mishaps occurred mainly due to lack of knowledge and skill to drive on hilly roads. Hence, steps are being taken to change the routes and a large number of vehicles are bringing back the stranded migrant workers from Gujarat,” he said.

Most of the Odia migrant workers stranded in Surat hail from Ganjam district and many of them have already returned in special buses and sent to quarantine centres in their respective areas.