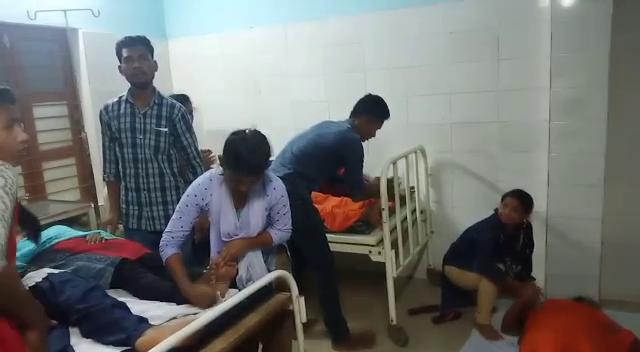 The incident took place at around 8 pm when the gas, suspected to be ammonia, leaked from the plant located at Panapana, mostly affecting workers of the factory who complained of breathing problem, a police officer said.

“As per preliminary information, it is suspected that ammonia gas leaked at the processing unit and things will be clear after thorough examination,” he said.

The affected people were taken to the Khantapada primary health centre and 50 of them were later shifted to the district headquarters hospital here, the officer said.

Fire brigade personnel from Balasore reached the spot near national highway 16– about 20 km from here.

Doctors said the situation is under control and many of the affected people were being discharged after first aid.