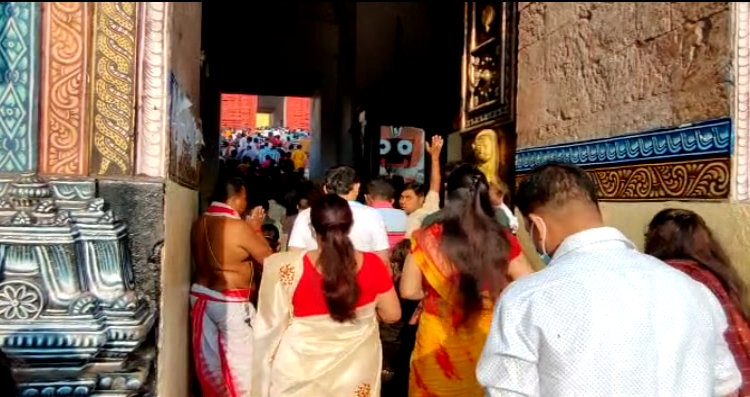 Puri: At least two devotees reportedly fell sick due to overcrowding that led to stampede-like situation inside the Jagannath Temple in Puri this morning.

The victims were Sulochana Sahoo of Hatagadia Sahi in Puri district and Dibya Sahoo, a minor girl, of Pithapur area in Cuttack district.

Both the devotees have been admitted to the Puri District Headquarters Hospital for treatment.

According to reports, the devotees were suffocated in the heavy crowd near Baharakatha of the temple in the morning.

They were rushed to the hospital in critical condition for treatment.

Pregnant woman tied to bike, dragged by alcoholic husband in UP