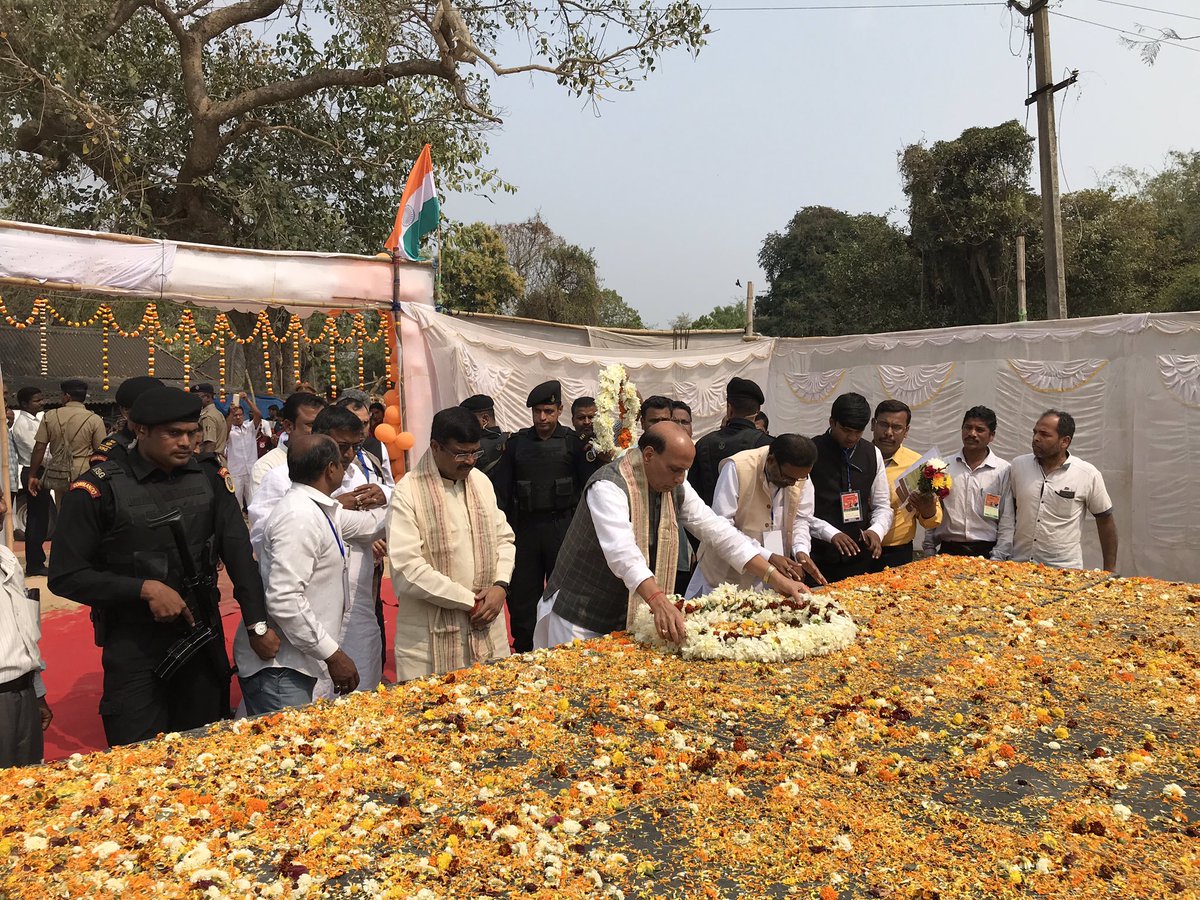 The saffron leader took to the micro-blogging site where he tweeted about his day-long trip to the coastal district.

He mentioned about paying rich tributes to freedom fighters – Gopabandhu Das, Madhusudan Das, Buxi Jagabandhu and Veer Surendra Sai – who fell to the bullets of Britishers at Eram on September 28, 1942. However, the flawed tweet irked the netizens as the eminent freedom fighters did not die in the incident called as the second Jallianwala Bagh massacre of India.

Besides, the name of the place was also misspelt.

Later, the post was pulled down and replaced by a repost.

Rajnath Singh was on a visit to Bhadrak district where he visited Chudamani, Eram and Ranital to take part in party programmes.

Worth mentioning, 29 Gandhians were shot dead by the British police on September 28, 1942 who had congregated for a meeting. A Saheed Stambha (martyr’s column) was erected at the place of bloodbath as a memorial to pay tribute to the martyrs. Since then, the place is called as Rakta Teertha.