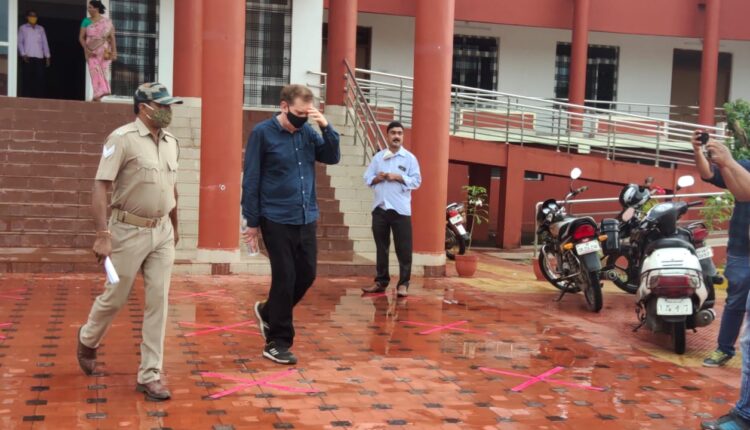 Bhubaneswar: Taking cognizance of the report published in web portal ‘Sambad English’ on sexual abuse of a minor boy by an NGO founder, the National Commission for Protection of Child Rights (NCPCR) asked Odisha Government to furnish detailed report of the matter by end of August this year.

The National Commission for Protection of Child Rights (NCPCR) has a special statutory mandate to monitor the implementation of the POCSO Act 2012 u/s 44 r/w Rule 12 of the POCSO Rules, 2020, JJ Act u/s Section 109 of the JJ Act 2015 and RTE Act 2009. The Commission has taken cognizance of the above matter u/s 13 (1) (j) of the CPCR Act 2005, the NCPCR wrote to Odisha Chief Secretary.

Referring to a similar incident at a shelter home in Dhenkanal district in the year 2018, the Commission said that such repeated incidents of sexual abuse of marginalised children in children home in the name of care is a matter of concern.

The NCPCR urged the State Government to issue directions to officers concerned of Women & Child Development as well as the police to conduct a thorough investigation into the matter inclusive of the following:

i. Inspection of each and every Home / Institution / Hostel / School/ Day Care Center run by Faith Outreach NGO.
ii. Number and type of CCIs run by the NGO.
iii. Whether the CCIs run by the NGO were registered under JJ Act 2015?
iv. Present status of institutions run by run by Faith Outreach NGO.
v. Whether inspection committees were formed by the State Government as per Sec 54 of JJ Act 2015 ? .If so, the latest report in respect of the Homes run by NGO is to be provided.
vi. Present stay arrangements of children who were accommodated by the NGO
vii. Number of children residing at each facility.
viii. Age group of children and their district/State wise residential details.
ix. Statements of all Children before CWC.
x. Action taken against the accused along with the copy of FIRs.
xi. How many children revealed about their sexual abuse by the alleged founder or any other personnel of the NGO.

The NCPCR raised the concern after Odisha police arrested founder of Faith Outreach, an NGO, on August 19 in Jharsuguda town on charges of sexually harassing a minor boy, who was an inmate of a shelter home run by the organisation.

The 68-year-old John Patrick was sent to the judicial custody after a local court rejected his bail plea.

Patrick, a British origin, had been allegedly sexually harassing some minor boys studying at a residential school run by the Faith Outreach.

Based on a complaint filed by one of the minor boys, the police launched a probe after registering case under POCSO Act and SC/ST (Prevention of Atrocities) Act.

Later, he was interrogated by police in this connection with the case.