The curious case of Amrit’s disappearance: Missing Nayagarh boy found 200 m away from house after 5 days 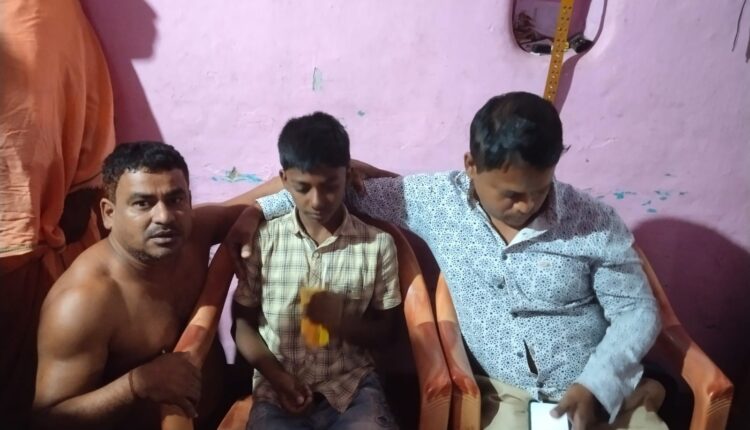 As his bicycle was found at a bush in the locality, it was being suspected that he might have been kidnapped.

Surprisingly, the boy was today found mere 200 metres away from his house.

As per local sarpanch Bijan Paikray, the boy drew the attention of a local woman this morning by waving hands and shouting while being inside a house at Pandit Sahi near the village. The owner of the house no longer stays in the village.

“She took him to her place and informed me about the incident. As I went there and questioned him, he told me that he was kept inside the house with his hands tied. He also told me that he was being provided food during the confinement,” the sarpanch said.

“We didn’t question him more to make him feel comfortable. Police are investigating into the matter. They should unravel the truth,” he added.

Police and family members were yet to disclose as to where the minor boy was during the last five days.

The circumstances under which Amrit went missing for five days were yet to be known.

“The boy was rescued near the village. He has not consumed food and become weak. He will undergo treatment, following which the boy will be questioned about his disappearance,” said Nayagarh SP.

Amrit is the son of Purna Chandra Patra of the village and a student of class-VII.