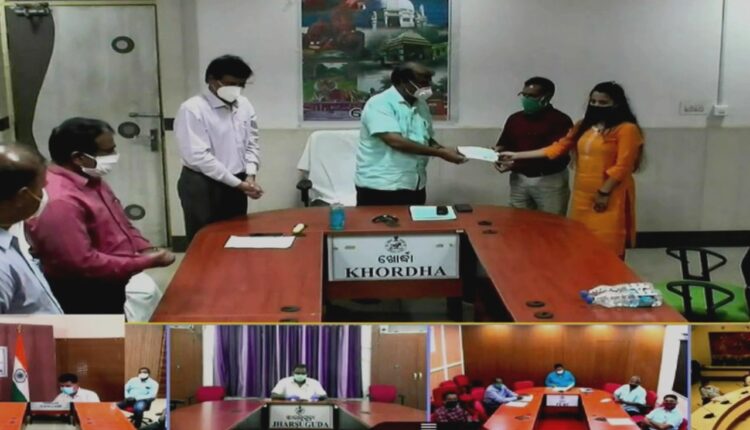 Bhubaneswar: The Odisha government today presented the ‘Suraj Award’ posthumously to three women cadaveric donors and felicitated their kin on the occasion of the World Organ Donation Day.

This apart, the next of the kin of the three cadaveric donors were given Rs 5 lakh cheque each from the Chief Minister’s Relief Fund (CMRF).

“In November 2019, Suraj Behera of Bhanjanagar, Ganjam district donated heart, liver, kidney and eyes and saved six lives which is not a small thing. Suraj’s parents took a bold decision to donate his organs when he went into comatose following an accident. His parents have set an example for others,” said the Chief Minister.

“In the memory of Suraj and encourage cadaveric donation in the State, I announced the ‘Suraj Award’ on November 11, 2019. His family’s sacrifice and courage are lighting up the lives of others,” Patnaik added.