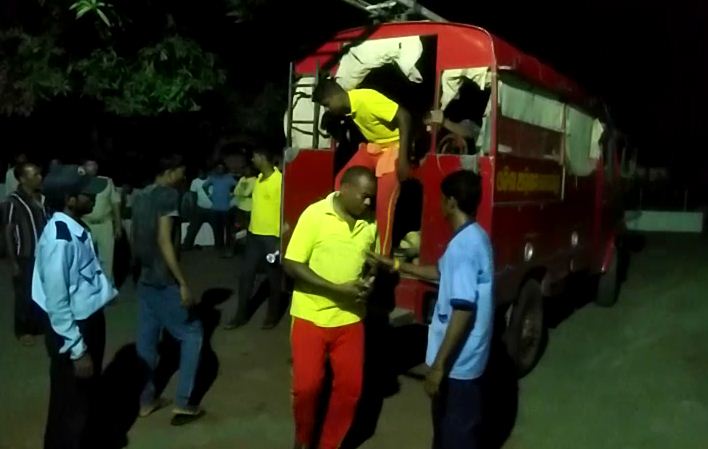 Keonjhar: At least two persons died and six others sustained critical injuries after a truck hit a van in which they were travelling on NH-20 near Marshapal Chhak in Anandapur area of Odisha’s Keonjhar district, last night.

The ill-fated van, carrying 11 persons from Gaya in Bihar to Guna district of Madhya Pradesh, was hit by a speeding truck from rear when it was parked on roadside.

While two of them died under the impact of the collision, six occupants of the van, including three women, were grievously injured.

On being informed, Fire Service personnel reached the spot, rescued the victims and admitted them to the Anandapur sub-divisional hospital for treatment.