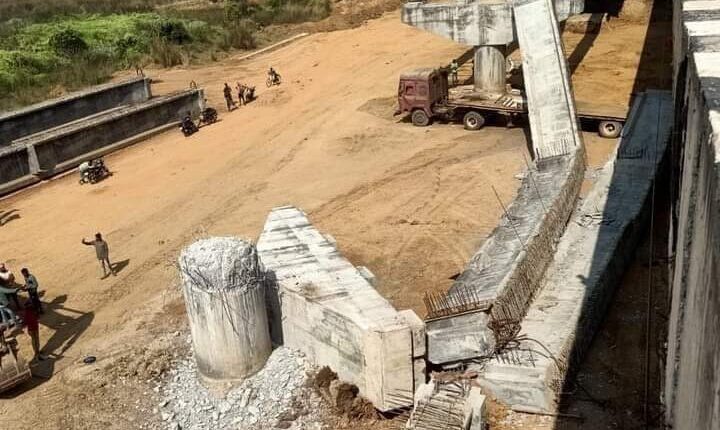 Anandapur: Kusei bridge located near Belabahali village on NH-20 under Ghasipura police limits and Anandapur subdivision in Keonjhar collapsed today, while its construction work was underway.

Fortunately, three of the workers narrowly escaped, but have sustained grievous injuries in the fatal incident. They were admitted to a government-run health facility in Anandapur for treatment and the condition of two workers is critical now, a spokesperson of the hospital expressed.

Later, two injured workers were shifted to SCB Medical College and Hospital in Cuttack after their conditions deteriorated. The other one is undergoing treatment at Anandapur hospital.

According to a source, the construction work had recently resumed after a discontinuation of quite long days. However, a span of the bridge broke into two parts and a beam connected to it also collapsed leaving the three workers critically injured. The construction was nearing completion.

On the other hand, the incident has raised the eyebrows of many. Local residents have alleged that the bridge collapsed due to low quality of construction work. They demanded a probe into the incident.