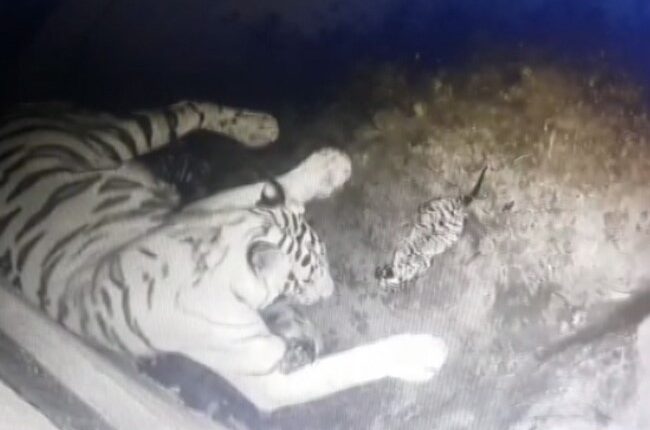 Though the specifics of the three tiger cubs are yet to be identified, sources said that one cub is white the other two are red in colour.

Currently, the three newborns are with their mother and both have been kept under CCTV surveillance, informed the zoo authorities.

According to reports, White tigress Rupa was pregnant with Royal Bengal Tiger Rajesh. She delivered the cubs after 105 days post-mating.

With birth of three tiger cubs, the total number of tigers at Nandankanan increased to 28.