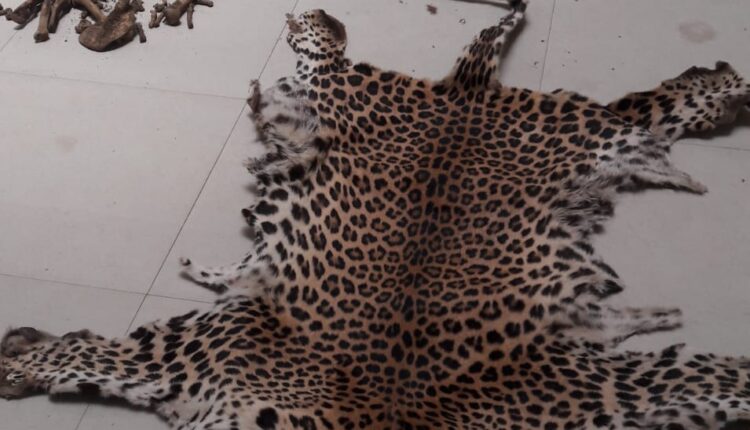 Nayagarh: Odisha police arrested one person in connection with wildlife trafficking and seized two leopard skins and bones from his possession during raid in Nayagarh district.

The arrested person has been identified as Laxmidhar Nayak (36), a resident of Jamuganda village under Candipur police limits in Nayagarh district.

He was apprehended during a raid on Friday evening.

According to reports, a Special Task Force (STF) of Odisha Crime Branch had conducted a raid acting on a tip-off about a deal of sale of leopard skins and bones by wildlife criminals near Sana Maninag forest under Ranpur Police Station yesterday.

In this connection, a case has been registered under section 379/441 of IPC and r/w 51 of Wildlife (Protection) Act, said a press note today.

The investigation is underway. The seized skins and animal bones will be sent to Wildlife Institute of India, Dehradun for chemical examination, the release said.