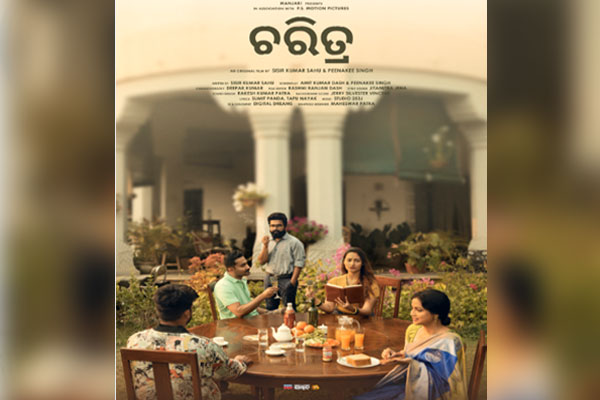 Abhishek Patnayak, a government officer who’s recently married, is transferred to Koraput. He shifts with his wife Madhu to a quarters allotted to him in the town. While unpacking, Madhu finds an old diary that belonged to a woman named Kalpana. Apparently, Kalpana was the wife of Sudhir Panigrahi, the officer who lived in that quarter before Abhishek and his wife moved in.

Madhu starts reading the diary and with every turning page, she visualizes what Kalpana had penned about her days in that quarters. As Madhu’s curiosity about Kalpana’s life grows, she reaches the part of the diary after which, there were just blank pages. Convinced to have known Kalpana’s ‘Charitra’ and her life from the diary quite closely, Madhu decides to find out what happened next.

Will she manage to discover the rest of Kalpana’s story? What would she do next?

To find out, watch the world television premiere on ‘Charitra’ this Sunday evening.

Meanwhile, watch the trailer of the movie here: