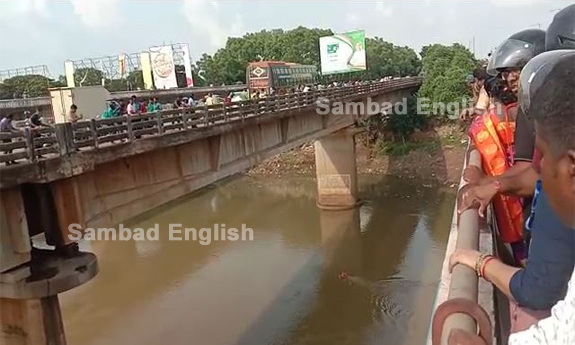 Cuttack: A young woman attempted to commit suicide today by jumping off Kathajodi bridge near Khannagar locality in Cuttack. However, some local residents immediately noticed this and rescued her.

A source said that the woman belongs to Shankarpur area of Badambari in the city. Identity of the young woman has not been ascertained yet. She was fished out from the river and her life was saved.

Later, the young woman was rushed to a nearby hospital for treatment. Her condition is not out of danger now. 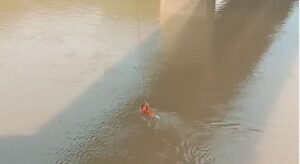 On being informed about the incident, local police reached the spot and launched a probe. Investigation is still underway to find out as to why the woman attempted to commit suicide, an official said.

It is pertinent to mention here that the incidents of jumping from Kathajodi bridge is not new.

Due to various reasons, be it either a family feud or any personal problem, many people have previously jumped off the river bridge. Several of them could be timely rescued, whereas few others died.