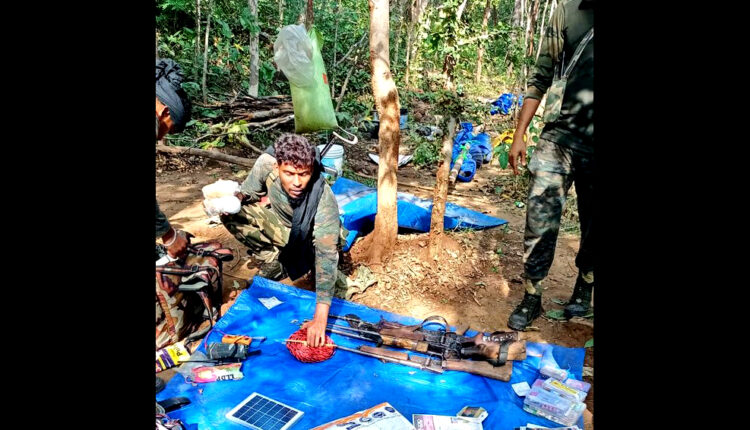 Phulbani: Two women Maoists were killed today in a forest under Gochhapada police limits of Kandhamal district in an exchange of fire between a joint team of Special Operation Group (SOG) and District Voluntary Force (DVF).

Taking to its official Twitter handle, the Odisha Police wrote, “During the search of the area dead bodies of two Maoists in uniform with four fire arms including one INSAS Rifle with 11 Rounds of ammunition and one IED have been recovered. We appeal to the Maoist to shun violence and join mainstream.”

The security personnel have recovered a number of articles of daily use from a Maoist dump. Keeping in mind the observance of PLGA Week by the ultras, the joint team conducted the combing operation leading to a huge seizure, Kandhamal Superintendent of Police (SP) Vinit Agrawal said.

The combing operation was underway till the filing of this report.