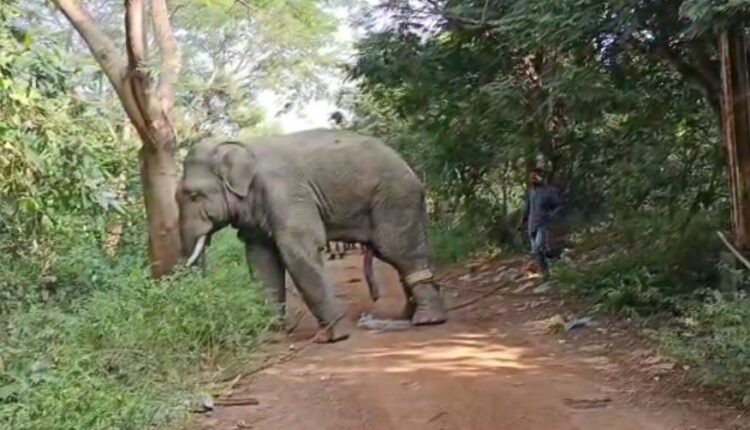 Bhubaneswar: An elephant strayed into Odisha capital last night leaving the residents of the city panic-stricken.

The tusker was seen near the Lingaraj Temple here at around 3 AM. Around 100 Forest personnel were engaged to ward off the pachyderm.

A day before, the elephant was spotted in Pipili area. It reached near Dhauli at midnight and later headed towards the city crossing Garage Chhak.

The jumbo was eventually tranquilised near Shani Temple in Patrapada here, this morning. The animal will be shifted to Chandaka Forest, officials said.

“We are trying to make the elephant stable and decrease its mobility. The animal is undergoing tranquilisation process. The elephant strayed into the city from Pipili via Uttara. As people are gathering in large number to see the elephant, we have informed the local police about it,” said Ajit Kumar Satpathy, City DFO.

No damage of property has been reported in connection with the incident.