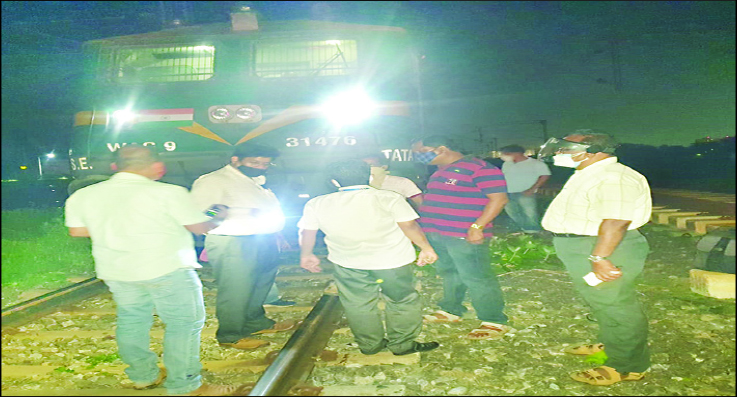 Bhubaneswar: A certain train accident was averted in the capital city yesterday as a drunk loco pilot of a freight train reportedly jumped the signal.

According to reports, the goods train was halted at the New Bhubaneswar Railway Station around 8 PM due to non-clearance of the track. Moments later, loco pilot Somnath Sethi, who was allegedly in an inebriated state, drove the train despite the signal not permitting to do so.

Though the Station Master instructed the loco pilot via wireless to stop the train, the later didn’t comply.

The Station Master then informed the Khurda Road Railway Control Board (OHE) about the fiasco. Subsequently, power supply to the train was disconnected.

However, the train had already covered a distance of around 600 metres. The erring loco pilot was asked to alight from the train while another loco pilot brought back the train it its original halting place.

Had the train not been stopped, it would have derailed or collided head-on with another train coming from Meramundali direction, reports said.

On being informed, senior officials of the Railways rushed to the spot and initiated investigation. Departmental action has been taken against Sethi.