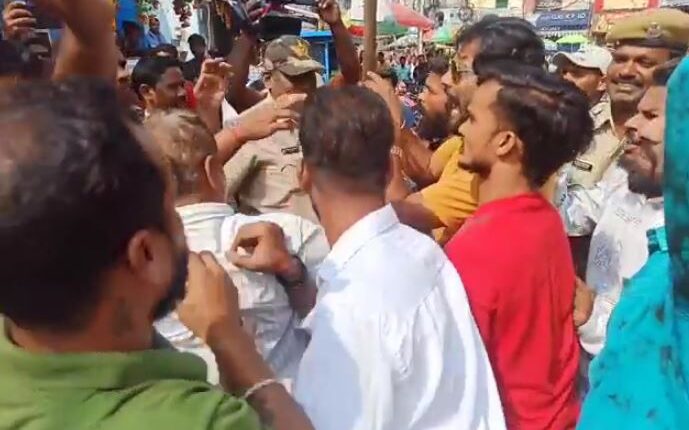 Bhubaneswar: A clash erupted between a group of believers and several rationalists in the capital city and Berhampur as the former attacked the latter over having cooked food on the day of Lunar Eclipse.

The rationalists had organised biryani feast in Bhubaneswar and Berhampur, defying the Hindu tradition of avoiding cooked food on Chandra Grahan day. They said that the practice was baseless and consumption of food on the day of Lunar Eclipse has no negative effects.

Opposing the event, the Bajrang Dal members reached Lohia Academy in the city, where it was organised by the rationalists. Scenes turned ugly as the members attacked the rationalists, following which a clash ensued between the two groups.

The Bajrang Dal members reportedly threw cow dung at the rationalists. Police resorted to lathi-charge to take the situation under control.

Situation was similar in Berhampur as the Bajrang Dal members took out a march, thrashed the rationalists at the food stall where the event was organised and tore the poster.