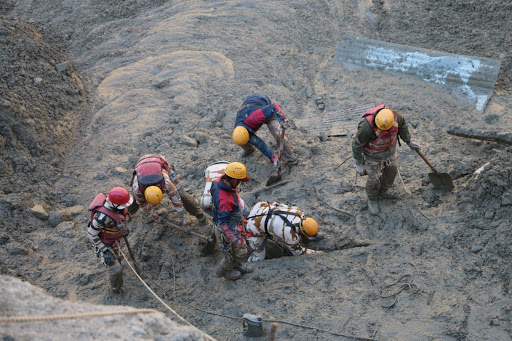 New Delhi: There is still some confusion as to what exactly caused the flash flood that wreaked havoc in Uttarakhand on Sunday.

“Across the globe, so many people have seen visuals of or heard about the flooding event. The visuals are frightening and heartbreaking. This is once again a grave reminder about how our shared mountain region is fragile and vulnerable to a multitude of geological and natural processes. And it is a grave reminder that vulnerabilities are exacerbated by climate change,” Gyamtsho said in a statement.

At least 202 people are missing while 18 bodies have been recovered so far after a flash flood inundated a power project at Raini village in Uttarakhand’s Chamoli district, the state government said on Monday.

“While there is still some confusion as to what exactly caused the flood in Uttarakhand, we are working closely with our partners on the ground to understand what happened in this particular instance,” Gyamtsho said.

“Taking a step back, it’s important to remember that so much of the science behind what is currently happening in the HKH region was elaborated in the Hindu Kush Himalaya Assessment report launched two years ago.

Uttarakhand flood: DNA samples to be collected for…

“While we are fortunate that 10 major rivers systems in the region originate in the mountains of the Hindu Kush Himalayan region, we must be equally cognizant of the fact that they represent both our precious resources as well as threats to lives and properties. Hence we need to provide proper stewardship for these rivers, which are part of river systems that also include the glaciers, snow and ice in the very high mountain regions.

“Those glaciers provide important water storage, but when warming across the globe is accelerated, there are changes in water flows and risks of glacial lake outburst events,” Gyamtsho said.

He added that this is an important moment for the HKH countries to pause and reconsider development in the mountains given the emerging risks posed by climate change.

“While we need infrastructure and other projects to ensure the lives and livelihoods of mountain communities, we also need to look at ways of development that consider the fragility of these areas, recognise the inherent risks, and the implications of cascading effects on downstream areas.

“It is with this understanding and sense of urgency that, together with our member governments, we have issued an HKH Call to Action, outlining concrete actions at the local, national and regional levels to address issues critical to our HKH mountains.

“Our member governments have committed to the priorities laid out there with the signing of a ministerial declaration last October. This is our priority work in 2021 and we hope that you will engage with us so that we can all work together to avert similar disasters and to build more prosperity for the entire HKH region,” the ICIMOD Director General added.