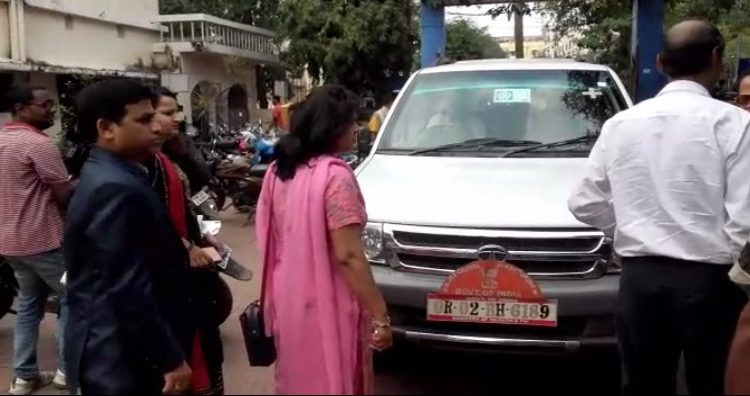 Cuttack: In wake of spread of novel coronavirus infections and increasing death toll in China, a central team visited SCB Medical College & Hospital in Cuttack to review Odisha’s preparedness to deal with possible cases in the state.

A three-member team comprising Dr Shikha Vardhan, Dr Kapoor Choudhary and Dr Anuradha Sulaniya visited the special wards and discussed with the authorities at the SCB.

“We reviewed the medical care being provided to suspects, who are admitted here for coronavirus. Though, no positive case has been detected in the state so far, but we told the doctors about a few measures to combat the infection,” said Dr Shikha Vardhan.

Recently, three persons including two medicos suspected to have contracted the coronavirus were admitted to the SCB after they returned from China. Their swab and blood samples were sent to National Institute of Virology (NIV) in Pune for test. However, no confirmed case has been reported from the state so far.

“A total of 33 persons had returned to Odisha from the countries China, Hong Kong and Thailand by January 15, out of which three were kept at isolation wards and later one person was discharged from the hospital. Also, four more suspects, who were admitted to the hospital, have tested negative for coronavirus. The remaining 26 suspects have been kept under home surveillance,” said Directorate of Medical Education & Training (DMET) Dr CBK Mohanty.

Worth mentioning, the World Health Organisation (WHO) has declared a global emergency after coronavirus claimed hundreds of lives with more than 10,000 infections across the globe. The death toll from the infection in China rose to 563 on Thursday.