Dolphin population rises to 733 in Odisha

Dolphin count surges in Gahirmatha and Bhitarkanika off Kendrapara coast. 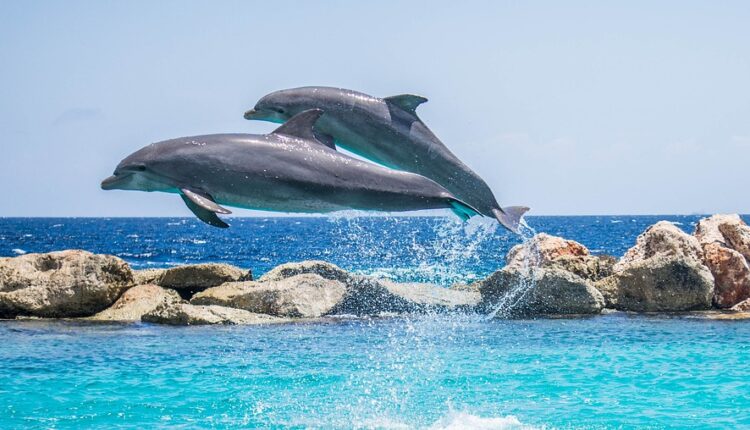 Bhubaneswar: The population of dolphins in Odisha has increased to 733, revealed an annual dolphin census report.

Gahirmatha and Bhitarkanika off Kendrapara coast emerged as two ideal habitats for dolphins with an impressive rise of 75% of total population this year.

According to dolphin census report, 550 aquatic mammals have been sighted alone in Gahirmatha and Bhitarkanika.

The annual census of dolphins was conducted from December 21 to 23 last year in Bhitarkanika national park and Gahirmatha marine sanctuary. Total nine teams led by DFO Sudarshan Gopinath Yadav and comprising wildlife experts had carried out the headcount in three-day exercise from Outer Wheelers island to Chinchiri mouth, from Barunei to Paradeep, from Hansila bridge to Maipura mouth, from Hansua river to Khola, from Khola to Dhamara mouth via Nalitapatia, Kalibhanjadia, from Jambu Kharnasi to Hukitola, from Paradeep to Jatadhar mouth and from Devi River mouth to Jatadhar mouth. While five teams were engaged in the dolphin census in sea, four teams conducted the count in rivers and creeks.

Each team was equipped with binoculars, GPS sets, rangefinders and data recording sheets for a foolproof headcount of the dolphins. The exercise was conducted using the ‘Transact Survey Method’.

The dolphin census is conducted every year in January. In view of interruption in conducting exercise due to fog and adverse weather in the month of January in past years, the state government decided to carry out the exercise a month earlier, i.e. in December 2022,

Earlier, the dolphin census was conducted at only Chilika Lake in Odisha. By the order of Forest & Environment Department of Odisha Government, the dolphins are being counted at various sites in Bhitarkanika, Puri, Ganjam, Bhadrak, Balasore and Baripada since 2015.

Last year, 726 dolphins were spotted in Odisha, of which 540 were in Gahirmatha and Bhitarkanika.