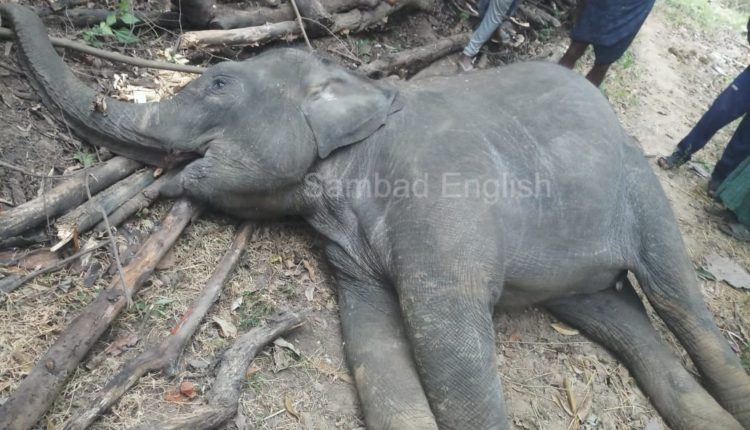 The locals found the body of the elephant calf lying at a garden behind house of a resident namely Babuli Garnayak at the village in the morning and informed the forest department about it.

On receiving information, the forest officials under Reamal forest range reached the site and recovered the body.

Reports said that the elephant calf was aged about 2-3 years old and one of its tusks was broken.

The forest department assumed that the elephant calf might have died following battle with a tusker. However, the prima facie does not indicate any tussle at the site.

The exact reason of death of the baby elephant could be ascertained following an autopsy, informed Deogarh DFO Khyama Sarangi.