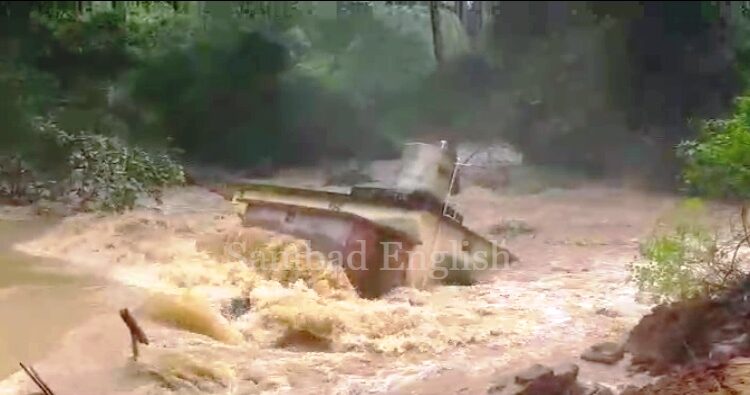 Bhubansewar: A medium to high-level flood is expected in Mahanadi river system as heavy to very heavy rain has occurred in the upper catchment of the river in Chhattisgarh, cautioned Odisha Water Resources Engineer-in-Chief Jyotirmaya Rath today.

Briefing mediapersons, Rath said maximum 220 mm rainfall was recorded in the upper catchment areas of Mahanadi in the last 24 hours.  Around 10.5 lakh cusec floodwater released from Hirakud Dam to the river will reach Mundali barrage in next 36 hours. While water level of the reservoir currently stands at 625 ft, floodwater is being discharged through 31 sluice gates. Four more gates will be opened later in the day, he informed.

Coastal districts like Cuttack, Khordha, Puri, Jagatsinghpur, Kendrapada and Nayagarh will be affected by the flood, cautioned the EIC. 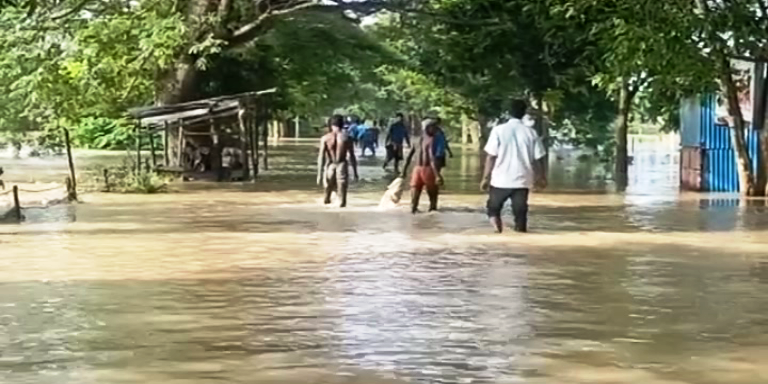 “In view of this, senior officials have been asked to keep a close watch on flood situation in Bhargavi and Daya rivers.Night patrolling is being done at river embankments,” he added.

Detailing status of major rivers, the EIC said though Baitarani river is flowing above the danger mark, water level is receding since yesterday. Four gates of Rengali dam have been opened following heavy rain in upper basin of Brahmani river. Around 10 Test Relief Embankments(TRE) in Bari and one in Duttapur in Jajpur district have breached and those will be repaired once the water recedes, he added.

Subarnarekha river has swollen and is flowing above danger level after release of floodwater from Galudih barrage yesterday. Around 10 Gram Panchayats (GPs) under Baliapal block and five GPs under Bhograi block in Balasore district will be hit by flood. More places will be affected if the water level in the river further rises , informed Rath.

“Due to heavy rainfall in the upstream catchment of Hirakud dam and heavy inflow into the reservoir, release of water from the dam through spillway will exceed 5 lakh cusec by midday of August 28,”  cautioned  Chief Engineer and Manager of Upper Mahanadi Basin, Burla.