The centenarian, who hailed from Balikuda in Odisha's Jagatsinghpur district, was suffering from age-related ailments and breathed his last while being treated at the SCM Medical College and Hospital. 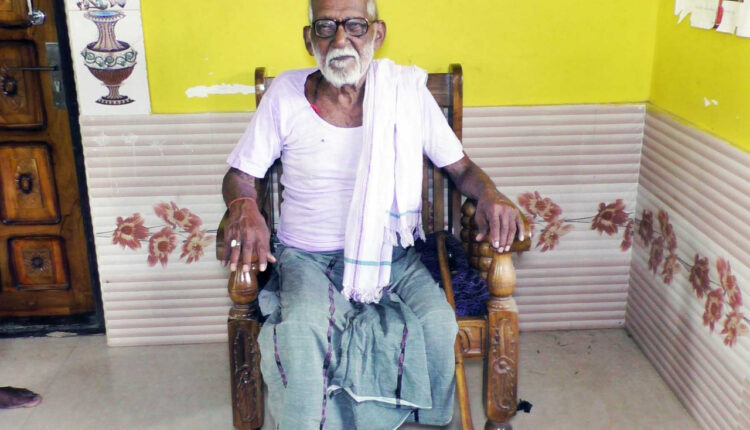 Bhubaneswar: Odisha Chief Minister Naveen Patnaik condoled the death of noted freedom fighter and recipient of the prestigious President’s Award Biswanath Das who passed away at the age of 106 in a hospital in Cuttack here today.

Extending his condolences in a tweet, the CM said Das’s contribution towards India’s freedom struggle was immeasurable.

Union Minister Dharmendra Pradhan also took to the micro-blogging platform to express his condolences. “Extremely saddened to hear about the demise of Biswanath Das. His role in the freedom struggle will be remembered for posterity. I extend my prayers and condolences to the bereaved family,” he tweeted.

The centenarian, who hailed from Balikuda in Odisha’s Jagatsinghpur district, was suffering from age-related ailments and breathed his last while being treated at the SCM Medical College and Hospital. He was on ventilator for the last one week and a team of eight doctors was attending to him.

Das, also known as Balikuda Gandhi, was known for his role in the Quit India Movement which he had joined as a student on the request of Mahatma Gandhi. Given his key role in India’s struggle for independence, he had been honoured by former President Pranab Mukherjee in 2012. Similarly, in 2020, Das was among the ten freedom fighters from Odisha who received the President’s Award on the occasion of Quit India Day, also known as the August Kranti Diwas.