Earlier in the day, villagers had detained four persons and attacked them on sorcery suspicion. 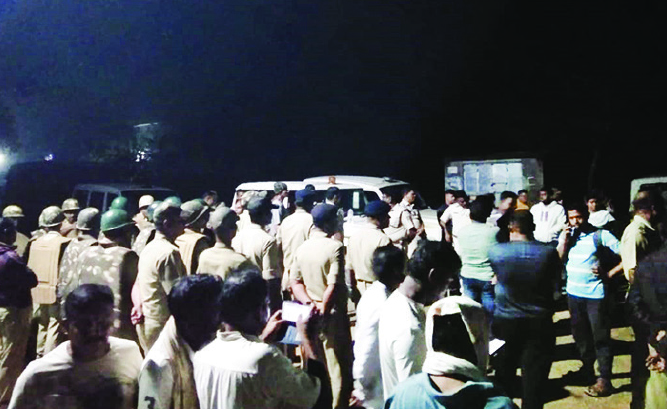 Aska: The situation at Madhiapalli village under Kabisuryanagar police limits of Ganjam district in Odisha turned grim as villagers, after holding four persons captive on suspicion of sorcery practice, beat one of the suspect’s wife to death as she filed a police complaint following the incident.

On getting information, SDPO and IICs of three police stations reached the spot and beefed up security. Two platoon force were deployed to prevent any further flare-up.

Earlier in the day, villagers had detained four persons and attacked them on sorcery suspicion.  Sources said one Rajendra Nahak was bathing in Baghua river when a group of villagers suddenly turned up and held him captive. Along with him, they detained three others as well accusing them of practising sorcery and reportedly assaulted them.

The villagers were reportedly looking for the four people after a youth claimed that he was possessed by a spirit and took their names stating that they practised black magic on him.

When police on getting information reached at the spot, the villagers confronted them resulting in a clash. While police managed to rescue Rajendra and admit him at the nearest hospital, efforts were still on to rescue the other three till reports last came in.