High on mahua, 24 jumbos doze off in cashew forest in Odisha’s Keonjhar

Locals of Shilipada village said they had kept fermented mahua flowers in the nearby forest to make liquor which, they believe, was consumed by the jumbo herd. 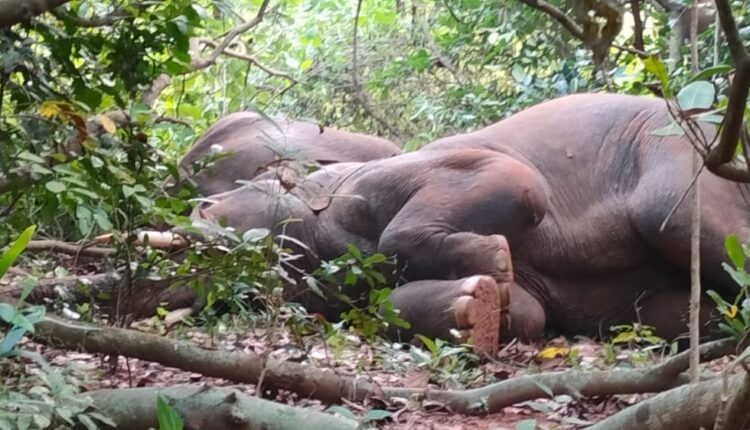 Keonjhar/Patana: Local residents were in for a rare sight after a herd of 24 elephants were seen dozing off in a cashew forest in Keonjhar district of Odisha here. The jumbos, who were spotted in deep slumber in Shilipada cashew forest of Saaharpada section under Patana forest range in the district. They were believed to have been intoxicated after consuming fermented mahua flowers.

Sources said movement of the pachyderms has been reported from the range since the last few days causing much panic among villagers as they are damaging crops and properties in search of food. Locals of Shilipada village said they had kept fermented mahua flowers in the nearby forest to make liquor which, they believe, was consumed by the jumbo herd.

On Tuesday morning, when they went to make the liquor at around 6 am, the villagers spotted the elephants sleeping in intoxicated condition at various places in the jungle. Unable to move under the impact of the intoxicant, the jumbos slept till 10 am and then woke up after locals raised a hue and cry. They then left the place.

However ranger Ghasiram Patra refuted the claims that the elephants had consumed mahua flowers and gotten high. “The elephants were just resting in the night. We still do not have evidence that they were drunk after consuming fermented mahua,” he said.

In Bollywood style, UP man kills lookalike but gets caught