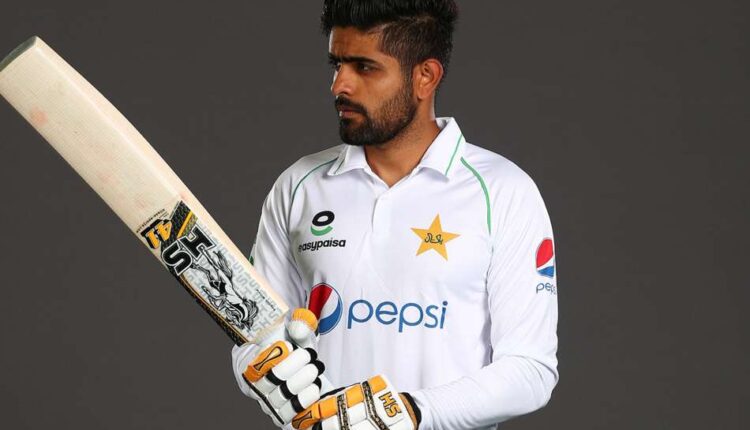 Dubai: Pakistan skipper Babar Azam, riding on one of the best innings of his cricketing career against Australia in the second Test at Karachi, has made massive gains in the latest ICC Men’s Test Player Rankings for batters released on Wednesday, moving up three spots to No.5 on the chart.

Three Indian cricketers — Rohit Sharma (7th), Virat Kohli (9th) and Rishabh Pant (10th) — have maintained their positions in the rankings for batters, which is led by Australia’s Marnus Labuschagne and followed by England skipper Joe Root.

The Pakistan skipper was at his glorious best against Australia during the second Test as he batted for almost two days to score a marathon knock of 196 in 425 deliveries as the hosts pulled off a sensational draw.

Other star performers with the bat from the same match — Mohammad Rizwan and Australia’s Usman Khawaja — have also taken massive a massive leap. Rizwan has moved up six spots, to be joint No.11 alongside Australia’s David Warner after his unbeaten knock of 104 in the second innings. Khawaja, who scored 160 and 44 not out in Karachi, moves up 11 spots to No.13.

West Indies skipper Kraigg Brathwaite is another big mover, gaining 16 spots up to No.27 after scoring 160 and 56 not out in the second Test against England at the Kensington Oval in Barbados.

In the bowling charts, Shaheen Afridi has moved down one spot to No.6 after struggling in the Karachi Test, picking up only two wickets in the match. Australian pacer Mitchell Starc, who picked up three scalps in the first innings, moves up one place to No.15.

India’s Ravichandran Ashwin and pace bowler Jasprit Bumrah continue to hold on to their second and fourth sports respectively on the bowlers’ list, which is led by Australia’s Pat Cummins.

In the all-rounders’ chart, India’s Ravindra Jadeja is back at the No.1 spot, while West Indies’ Jason Holder has dropped to No.2 after struggling during the second Test in Barbados. Holder picked up only one wicket and aggregated 12 runs in the match. R. Ashwin continues to hold on to the No. 3 spot among all-rounders behind Holder.

Australian skipper Cummins has moved up one spot to No.8 after aggregating three wickets and scoring 34 not out in the first innings of the Karachi Test.

In the ODI charts, South African players are the big gainers after their seven-wicket win against Bangladesh in the second match in Johannesburg. Quinton de Kock, who scored a blistering 41-ball 62 moves up one place to No.3 in the batting charts.

Kagiso Rabada, who picked up his second ODI five-wicket haul, moves up five places to No.8 in the bowling rankings, breaking into the top 10.

There is some good news for Bangladesh though, as Mehidy Hasan gains four places in the all-rounders’ rankings after a knock of 38 and picking up one wicket in the second ODI.