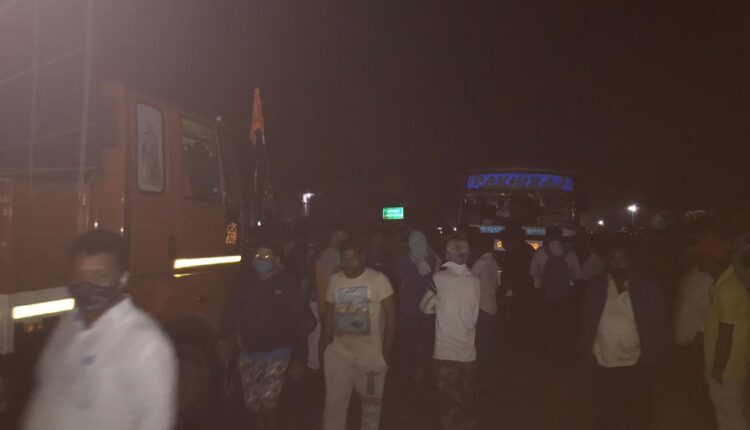 Berhampur: Tension ran high near Langaleswar village under Khallikote police limits in Odisha’s Ganjam district this evening as an eight-year-old boy died after being hit by a truck, following which locals blocked the portion of the National Highway-16.

The deceased has been identified as Kiran Kumar Palei (8) of the village. He was a student of class-III.

According to reports, the boy was returning home after attending tuition class around 7 PM when a speeding goods-laden truck hit him, as a result of which he died on the spot.

Irate locals then staged road blockade on the NH demanding compensation for the family of the deceased. Hundreds of vehicle remained stranded on both sides of the road due to the incident.

On being informed, police reached the spot and tried to pacify the locals who warned of continuing the road blockade till announcement of compensation by district administration.