Low Pressure over BoB off Odisha-Bengal coast from June 11-17! 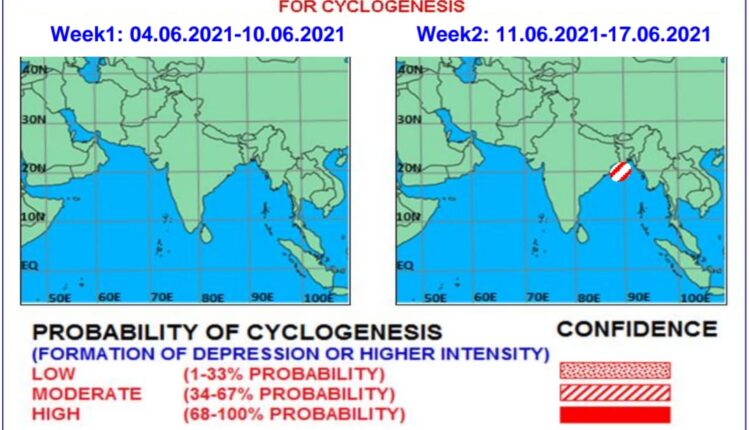 Bhubaneswar/New Delhi: The India Meteorological Department (IMD) today predicted likely formation a monsoon Depression over northwest Bay of Bengal (BoB) off Odisha-West Bengal coasts during first half of a week from June 11 to 17, 2021.

As per the numerical models including IMD GFS, NCEP GFS, GEFS and ECMWF, of a Low pressure system up to the intensity of a Depression will form over northwest Bay of Bengal (BoB) off Odisha-West Bengal coasts during the initial part of from June 11 to June 17, 2021.

The IMD further stated NCUM & NEPS are indicating cyclogenesis during the same period, but over the land area in interior Odisha. The genesis potential parameter (GPP) based on IMD GFS indicates a potential area over northeast BoB off Myanmar coast towards the end of the week from June 4 to 10 & MME (CFSV2) is indicating potential zone with 30-40% probability for cyclogenesis only towards the end of another week from June 11 to June 17.