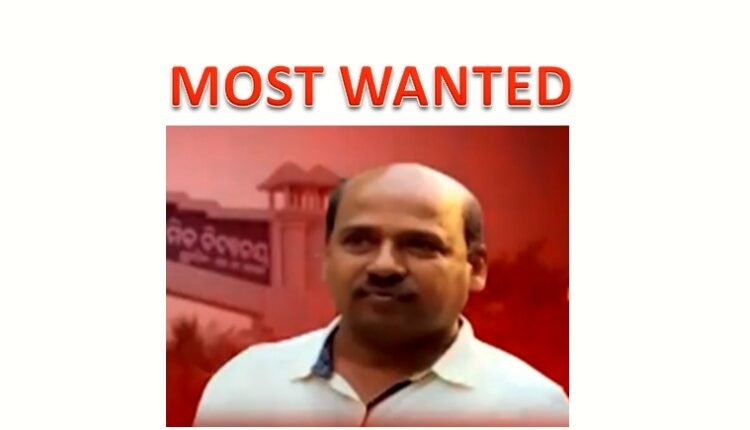 The police announced that a cash reward of Rs 20,000 will be given to the person, who will share any information about the absconder.

Meanwhile, a body along with an anklet and a chain was recovered from under-construction stadium of Mahaling Sunshine School during an excavation drive conducted by cops today. Though identity of the deceased is yet to be ascertained, her family claimed that the 24-year-old had worn a gold chain and a pair of anklets while leaving the  house on October 8.

Mamita Meher (24) of Jharni village under Turekela block in Balangir worked as a teacher at Sunshine English Medium School at Mahaling in Kalahandi district. After she went missing on October 8, her family lodged a complaint with police alleging involvement of Sahu, the president of the School Managing Committee.

Acting on the FIR, police detained Sahu for questioning and kept him at Titlagarh police barrack. However, he managed to escape from police custody on October 17.

It is alleged that Sahu had called Mamita to come to the school for some official work. She was asked to come to Chandotara, where she would get a lift in the vehicle of the accused. Mamita reportedly reached Chandotara by bus but went missing thereafter.

Mamita’s family has also alleged that Sahu was sexually harassing female employees of the school and forcing them to have physical relation with him. And, since Mamita had recently warned Sahu to bring his illicit activities to the fore, the latter is definitely involved in her missing.

IBPS PO Recruitment Notification 2021 out; Here’s all you need to know