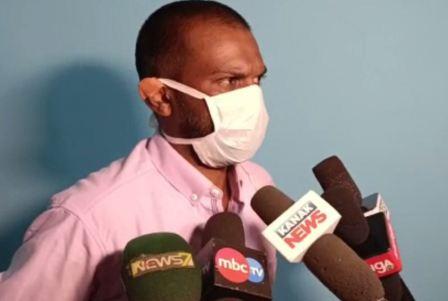 Boipariguda: Boipariguda police in Odisha’s Koraput district today arrested a person on charges of making fake driving licences and selling them to people.

The accused has been identified as Mahendra Khemundu of Jeypore. The police have registered a case against Khemundu under Sections 419, 420, 468 and 471 of the IPC as per a complaint lodged by Narayan Mali of Mahulaput village, said Jeypore Sub-Divisional Police Officer (SDPO) Aroop Abhishek Behera.

“Khemundu had provided a driving licence to Mali. Later, Mali came to know that the licence was a fake one. Our officials raided Khemundu’s house and seized a laptop, scanner, printer and other equipment required for making fake driving licences,” added the SDPO.

According to the SDPO, the accused was identifying himself as an employee of the Regional Transport Office (RTO) and making fake driving licences at his home. He was charging around Rs 2,500 for providing a driving licence for two-wheelers and Rs 4,000 for a licence for four-wheelers. The accused had provided fake licences to around 100 people in Boipariguda, Kundra and Lamtaput areas of Koraput district, said the SDPO.

The accused, meanwhile, claimed that he was an agent in the local RTO office and was assisting people to get driving licences. “I had started providing fake licences to people after the RTO authorities removed all agents during the Covid-19 pandemic. I have provided fake lincences to around 60 people. But, many others in Koraput, Malkangiri and Nabarangpur districts are still making fake licences and providing them to people,” claimed the accused.