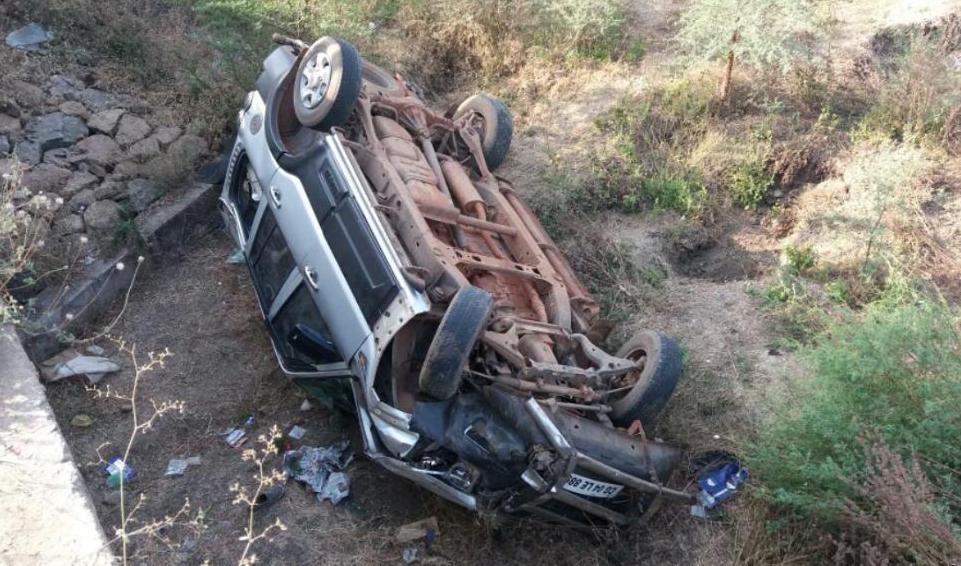 Bhawanipatna: In a tragic incident, two persons were killed and five others were injured when a SUV carrying marriage party overturned near Bhawanipatna in Kalahandi district this morning.

The deceased were identified as Chandra Behera and Shovan Behera, the father and maternal uncle of the groom respectively.

The injured persons of the marriage party were admitted to Bhawanipatna Sadar Hospital.

According to reports, the SUV (Scorpio) carrying a marriage party moving from Raipur towards Bhawanipatna overturned after it fell off a bridge near Khairmal on Khariar-Bhawanipatna road early hours on Sunday.

While the groom’s father Chandra and his maternal uncle Shovan died on the spot, five others were injured in the incident.

The locals called 108-ambulance and transported them to hospital for treatment.

Police reached the spot and the hospital and launched probe into the incident.