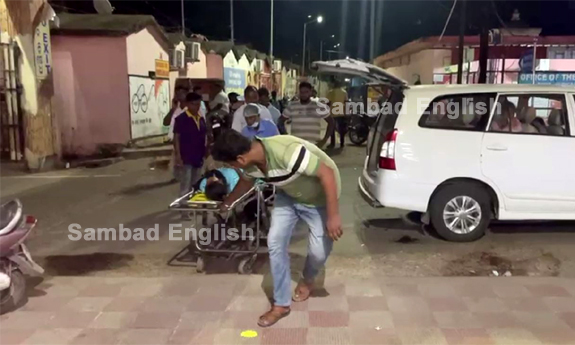 Bahanaga: In an incident of ammonia gas leak, over 30 women workers were taken ill today at a prawn processing plant following the mishap at Gadabhanga village of Khantapada panchayat under Bahanaga block in Balasore district.

An eyewitness said that the gas leak occurred in the evening and the exact cause behind it has not been ascertained yet. Ammonia gas leaked when a number of women were busy in their works.

Initially, the severely gas-affected women were rushed to community health centre (CHC) in Khantapada for treatment. Some of them were later shifted to the district headquarters hospital (DHH) in Balasore town after their conditions deteriorated, the eyewitness further said.

As many as 15 women workers were admitted to the government-run health facility in Balasore town till filing of this report.