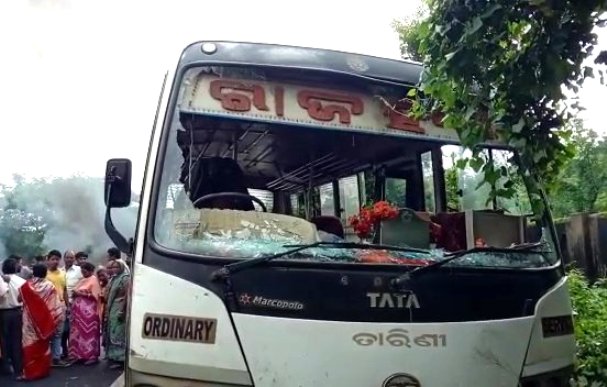 Rourkela: In a tragic incident, a woman and her two children sustained critical injuries after a speeding bus hit them here this morning.

The victims were admitted to the Ispat General Hospital (IGH) in Rourkela in critical condition.

All the three were put in ICU till the last report came in.

According to reports, the bus hit the woman and her two children at Bandhamunda square while they were waiting for school bus in the morning.