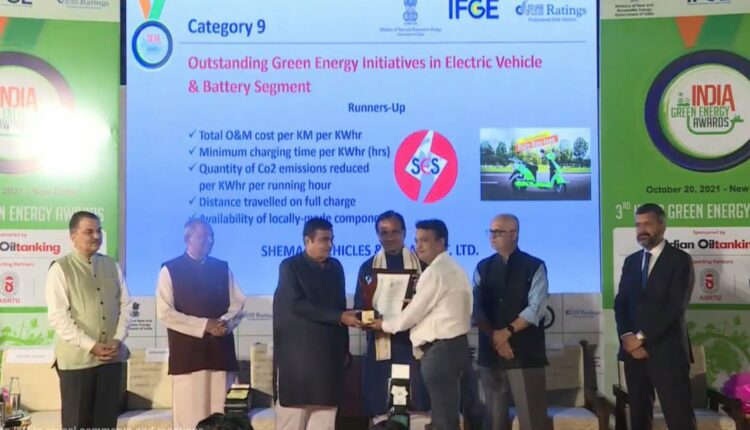 The award was conferred at the third edition of India Green Energy Award 2020 by the Indian Federation of Green Energy.

SES owned by a young entrepreneur Yogesh Lath from Sambalpur district has been manufacturing the ultra-modern electric two wheelers at Dhankauda in past five years.

The company has also set up a mass production assembly line in Manesar (Gurugram).

SES had launched its first FLY model in 2016 approved by ARAI under the low speed category which hit the road in 2017. Since then, four new products — Eagle, Tuff, Zoom, Bold — have been rolled out with each having 4-5 variants.