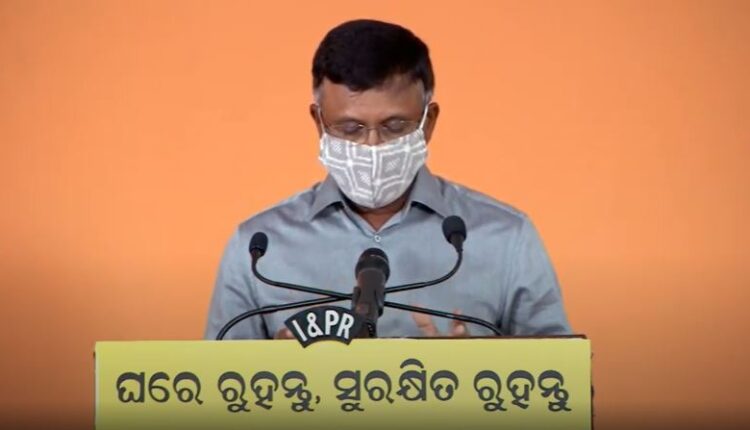 Bhubaneswar: With an aim to boost industrialization in post COVID-19 period in Odisha, the State Cabinet today decided to amend three rules associated with the industries.

During a meeting chaired by Chief Minister Naveen Patnaik, the State Cabinet decided amend the Factory Act 1948 to increase the threshold of workers in power generated industrial units from 10 to 20 whereas the limit has been increased to 40 from 20 workers in manual labour intensive industrial units, said Chief Secretary Asit Kumar Tripathy here.

Industrial units will be allowed to allot overtime working hours during one quarter for 115 hours. Earlier the limit was 55 hours. Also a proposal for amendment to the Factory Act was approved under which women workers can be engaged from 7 pm to 6 am subject to their safety and security. Also, the Cabinet approved a proposal for reduction of the number of days for which a worker has to work in a factory for allowing him to leave with wages in the subsequent year from existing 240 days to 180 days.

These amendments will facilitate investment, generate additional employment and will counter the hardships caused to MSMEs due to the COVID pandemic by way of creating a more conducive and business-friendly atmosphere while keeping in mind the welfare of workers, Tripathy added.

The Cabinet also approved a proposal for promulgation of an Ordinance for the amendment of Section 1(4) of the Contract Labour (regulation and Abolition) Act, 1970. Following the amendment, the Act will be applicable to every establishment in which 50 or more workmen are employed or were employed on any day of of the preceding twelve months as contract labour. As a result, the establishments and contractors employing less than 50 contract labourers will not b required to obtain registration certificate or license.

It was decided in the Cabinet meeting to provide provisional trade license on the same day on submission of relevant documents. The validity of the trade license will be five years.

The Cabinet approved a proposal to amend Section 172 of the Odisha Goods and Services Tax Act, 2017.

The government decided to allot land to the extent of 6.616 decimals in favour of displaced families at the Resettlement Colony at Mangalaghat in Puri without payment of consideration value of government land under rehabilitation and resettlement package.

The government also approved the discontinuation of an interview and/or viva-voce test for Group C posts under the Odisha Civil Services.

“Only written tests and skill tests will now be conducted for the recruitment of Group C posts. It will help timely completion of the recruitment process and also ensure transparency,” said Tripathy.

The Cabinet also approved the expansion of the NIRMAL scheme (strengthening ancillary services in public health facilities) up to the Primary Health Centre level.

The State Cabinet approved 20 proposals during the meeting.

Revenue generation in Odisha goes up by 5.6 per cent by end…