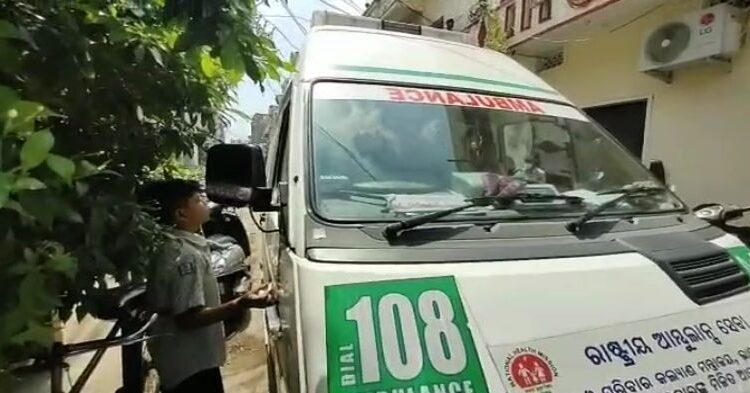 Berhampur: The relatives of a critically ill man helplessly watched him dying in front of his house after a 108 ambulance refused to carry the person to hospital suspecting him of suffering from COVID-19. The incident was reported from Prahallad Nagar in Berhampur town in Ganjam district today.

”My father was suffering from fever for past couple of days. When his condition worsened today, we called up the 108 ambulance service to take him to the nearby hospital,” 11-year-old son of the man said.

Few hours later a 108 ambulance arrived at the man’s house. However, the ambulance employees refused to take him to the hospital after coming know that he was suffering from fever, the son added.

After media highlighted the issue, Ganjam Collector Vijay Amruta Kulange issued an order stating that all 108/104 ambulances will be used for shifting of COVID-19 suspected cases to the appropriate health facility during emergency situation in adhering IPC guidelines of COVID-19.

He also directed concern cluster leaders to receive the required PPEs, from central stores at the CDMO office and ensure availability of the same at each 104/108 ambulances for emergency use.