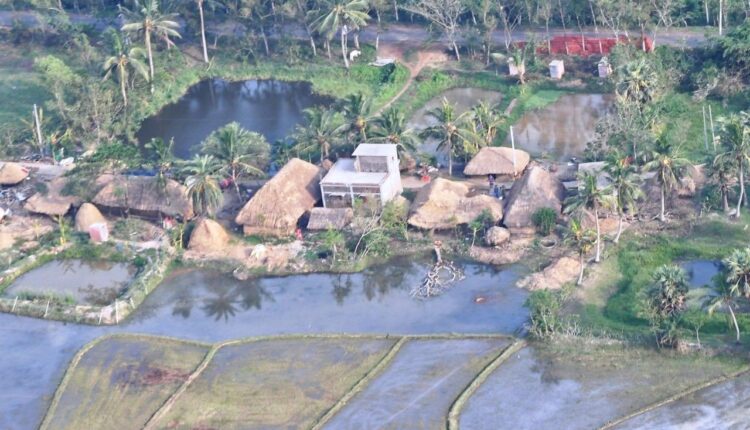 Bhubaneswar: A total amount of Rs 388.02 lakh has been estimated for repairing roads that have been damaged due to Super Cyclone AMPHAN in Odisha.

As per the damage assessment report of rural roads submitted by the Rural Works Engineer-In-Chief to Rural Development Department of Odisha Government, 151.05 kilometer of roads were damaged in the recent Cyclone AMPHAN affected districts.

The Department also estimated an additional amount of Rs 50.92 lakh for clearance of tress and debris from roads.

On Wednesday, the State Government had asked collectors of the districts affected by cyclone AMPHAN to submit preliminary assessment reports on the damage caused by the disaster within two days.

After AMPHAN rolled past the Odisha coast triggering heavy downpour and squall winds, Special Relief Commissioner (SRC) Pradeep Kumar Jena said that the district collectors have been directed to table the report on damage in their respective districts within 48 hours.

The cyclone affected coastal districts like Jagatsinghpur, Kendrapara, Bhadrak, Balasore and parts of northern district Mayurbhanj before battering West Bengal on May 20.

The cyclonic storm has caused damage to some government buildings and structures, affected agriculture and horticulture sectors, houses and power infrastructure in Odisha.

Odisha Govt to pay Rs 5.5 crore to Railways for return of migrants