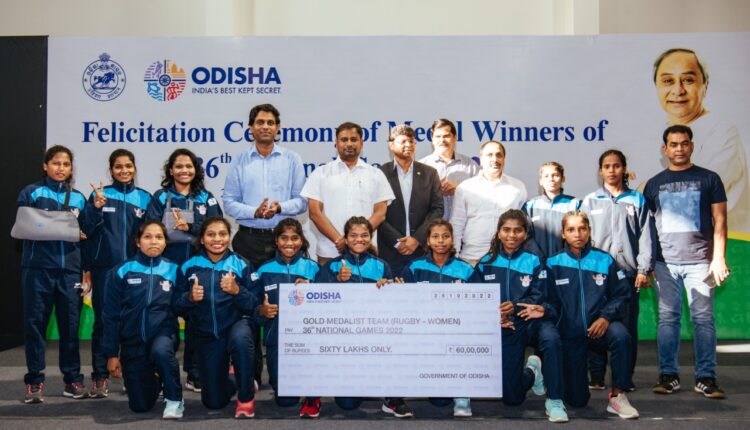 Bhubaneswar:  Sportspersons of Odisha were felicitated by the Sports and Youth Services Department today with special cash awards for their outstanding performances at the 36th National Games, which was recently held in Gujarat. 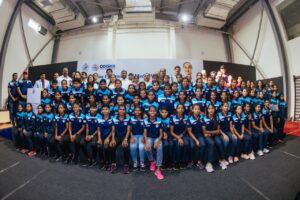 As committed by the State Government, winners of team and individual sports of 36th National Games 2022 received Rs 5 lakh for gold medal, Rs 3 lakh for Silver and Rs 2 lakh for Bronze medal.

Total cash award of Rs 3.16 crore was given out to at least 100 sportspersons.

Congratulating the medalists, Minister Behera said, “It gives me immense delight and pride to felicitate our young winners. Their hard work and dedication is paying off. They have given their best at the National Games and brought glory for the State. I am confident, from here on, each one of them will surge ahead in the field of sports. We will continue to support them in their journey throughout.”

The winners expressed their deepest gratitude to the Odisha Government for supporting them and acknowledging their achievements.

Tirkey interacted with the winners and encouraged them to stay focused on their game to achieve greater success in the coming years.

Notably, maximum medals have been won by Kayaking, Canoeing and Rowing athletes.

Bhai Dooj Wishes, Messages to greet your brother on the occasion