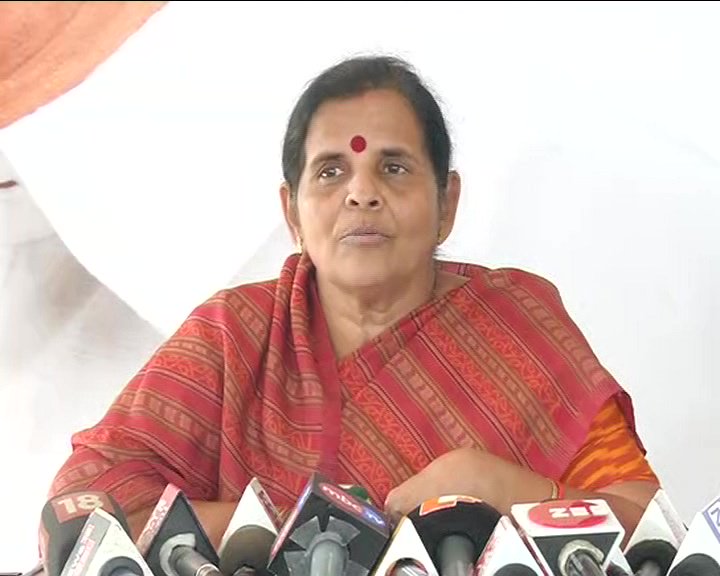 Bhubaneswar: Congress leader and Odisha Mahila Congress President Sumitra Jena was allegedly attacked by a group of people at the party’s state headquarters on March 31.

Protesting the incident, Jena had staged a dharna on the premises of the Congress Bhavan here since yesterday. However, she withdrew the dharna today after having a discussion with Odisha Pradesh Congress Committee President Niranjan Patnaik.

“I was staging a peaceful sit-in near the Congress Bhavan yesterday when some outsiders, who have no involvement with the Congress, took me inside the party state headquarters on the pretext of holding discussions. Later, they locked me up and attacked me,” she said.

“I have lodged a police complaint in this regard. No action has been taken so far,” she added.

Being upset over the proportion of party ticket distribution between male and female candidates, Jena had yesterday staged a dharna before the Congress Bhavan when the incident took place.

On the other hand, Odisha Pradesh Congress Committee President Niranjan Patnaik said he was not present in Bhubaneswar during the incident and will ascertain the details of the matter after holding discussion.

“Niranjan Patnaik has assured that a probe committee comprising Congress leaders Ananta Sethi, Chiranjib Biswal and Manas Choudhury will be formed to investigate into the incident. The panel will submit a report, on the basis of which action will be taken,” said Jena after meeting Patnaik today.

Indian rocket lifts off with Emisat, 28 other satellites