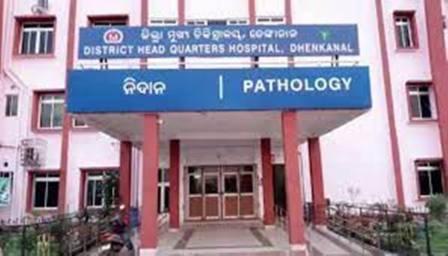 Dhenkanal: A youth, who was undergoing treatment at the district headquarters hospital (DHH) here, reportedly jumped off the 5th floor of the healthcare facility in an attempt to end his life today.

The youth, identified as Chandan Nayak of Damasahi under Parjang police limits, had been admitted to the DHH after he tried to commit suicide by slitting his throat and wrist earlier in the day.

According to sources, Chandan somehow managed to flee the hospital bed around 3 pm and jumped off the fifth floor of the hospital.

A few hospital staffers along with some locals rescued Chandan, whose condition is stated to be critical.

However, there was no information regarding the reason behind Chandan’s repeated attempts to end his life.