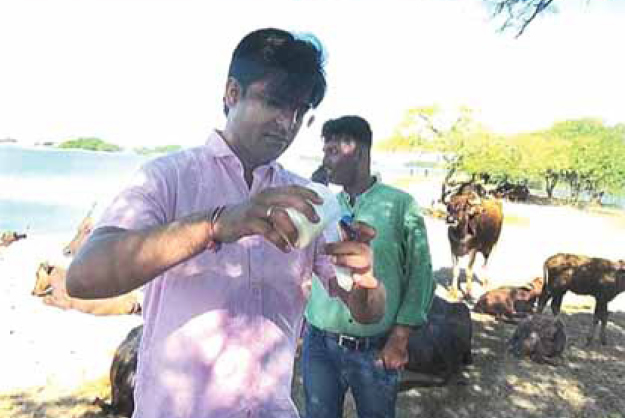 Dige has been doing research on the buffalo species found near the brackish-water lake for last six years.

“The buffaloes reared on the Chilika shore have some distinguished qualities in comparison to the buffalo species of other parts of India. This particular species of buffalo basically feed on the grass and algae found in the lake. The milk of this species of buffalo can cure many diseases including cancer,” said Dige.

Dige has recently collected the milk samples of at least 20 buffaloes from near Chilika for his research. “There is a need of further research on the buffaloes of Chilika shore,” said the NBAGR scientist.

The locals, meanwhile, urged the state government to take immediate steps to conserve the species of buffalo found near Chilika lake.

The buffaloes reared near Chilika lake have some distinct body characteristics. These buffaloes are often called as ‘Deshi’ buffaloes.

Several families of Rambha and Palur areas in Ganjam; Brahmagiri, Satapada, Krushnaprasad, Parikud and Malud areas in Puri; and Bhusandpur and Tangi areas in Khurda district usually rear this particular species of Baffalo.

Legend has it that curd prepared from the milk of ‘Chilika’ buffaloes was served to Lord Jagannath during the Kanchi war.