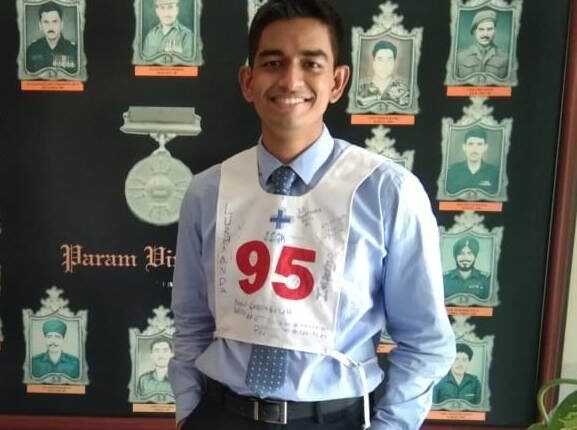 Bhubaneswar: Odisha’s Ronit Ranjan Nayak has emerged as the topper in the written examination and interview held for admission to the Army, Navy and Air Force wings of National Defence Academy (NDA) for the 145th course and Naval Academy for the 107th Indian Naval Academy Course (INAC).

Hailing from Bachada village in Jagannathpur area of Bhadrak district, Ronit was preparing for the exam at the Armed Forces Preparatory Institute (AFPI), Kolhapur, Maharashtra.

His father Rashmi Ranjan Nayak is serving as a Master Chief Petty Officer at INS Hansa, Goa. Ronit has given the credit of his success to Lord Jagannath, his parents, and teachers at the AFPI.

The written examination was held by the Union Public Service Commission on 6th September, 2020. The interview was conducted by the Services Selection Board of the Ministry of Defence. The results were declared on March 6, 2021.