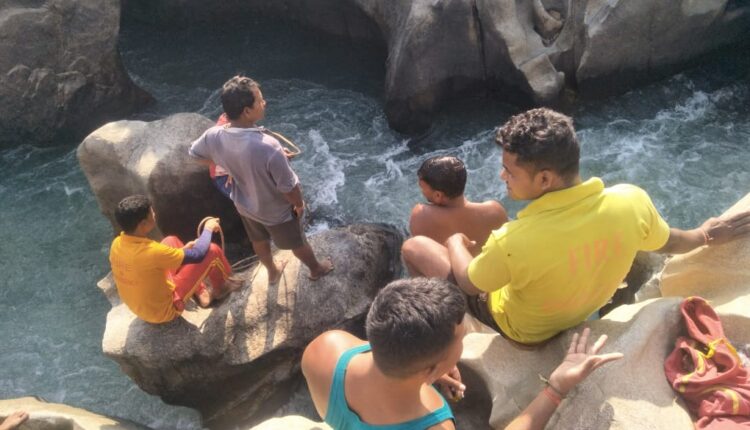 Sundargarh: A picnic turned sour as a girl fell into Ghoghara nullah while taking selfie on a mobile phone at Kanakund in Odisha’s Sundargarh district, today.

According to reports, one Anupama Prajapati (27) of Kumbharpada in Rajgangpur area of the district visited the tourist spot along with her family members for picnicking. Unfortunately, her leg slipped and she fell into the river stream when she was clicking selfies on a mobile phone standing on the rock.

She went missing after falling into the water body while efforts were on by police and Fire Service personnel to trace her.

A family member said Anupama’s engagement was held two months back. She was scheduled to marry after few months, the family member added.

Odisha: UG/PG semester exams to be held from March 16