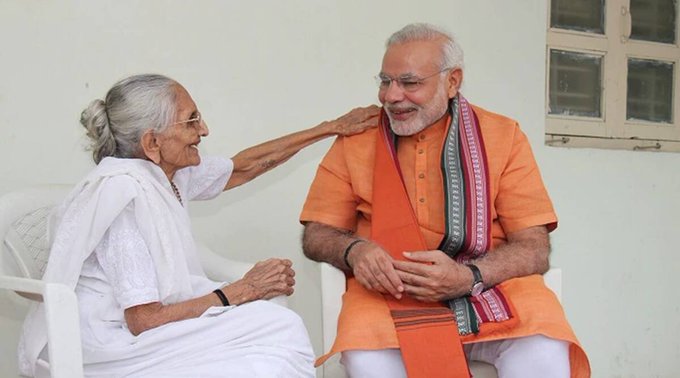 Her condition was said to be stable.

Hospital Director R.K. Patel in a health bulletin said, “Hiraba is admitted to the hospital and her condition is stable.”

Gujarat Chief Minister Bhupendra Patel and his Chief Principal Secretary K. Kailashnathan reached the hospital to inquire about her health.

According to police sources, the Ahmedabad airport area has been declared a no fly zone for drones, and police deployment has also increased, as there is a possibility of Prime Minister Narendra Modi arriving here to see his ailing mother.