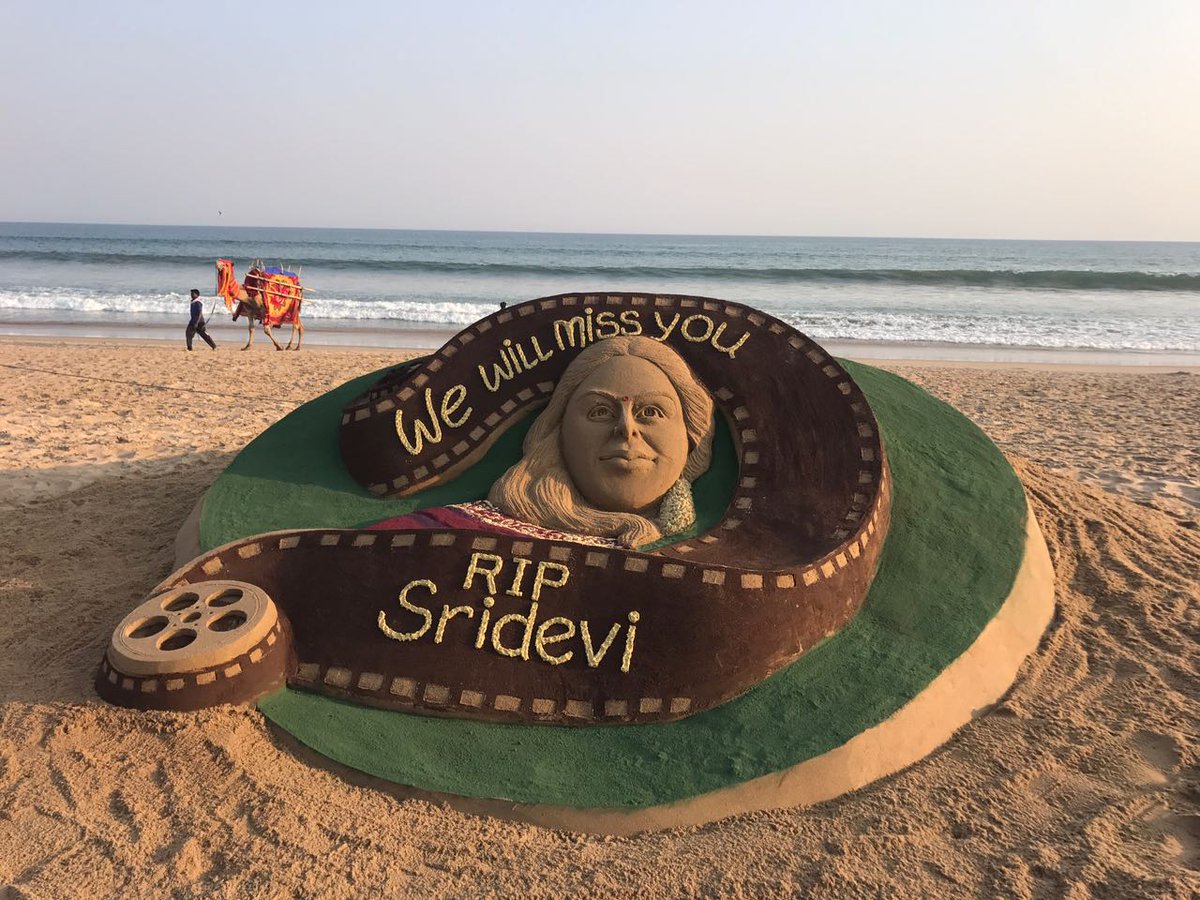 Pattnaik created a beautiful sand sculpture of the versatile actress at Puri beach, with a message that says ‘We will miss you. RIP Sridevi’.

He took to Twitter to express his grief and condolences.

Tribute to one of the brightest star of Indian cinema #Sridevi . My SandArt at Puri beach in Odisha with message “We will miss you”
. #RIPSridevi pic.twitter.com/NuMYnKWnO7

Sridevi was in Dubai to attend the marriage function of actress Sonam Kapoor’s cousin Mohit Marwah, along with husband Boney Kapoor and younger daughter Khushi. She exuded elegance in her appearances — photos and videos that were now being shared on social media as her “last”.

The legendary actress made her Bollywood debut in 1978 with “Solva Sawan”.

Sridevi, who stepped into showbiz at an age of four, is known for performances in “Mr. India”, “Nagina”, “Sadma”, “ChalBaaz”, “Chandni”, “Khuda Gawah”, among many others in different Indian languages.

The Padma Shri recipient made a comeback to Bollywood in 2012 with “English Vinglish” after a long break of 15 years. She was last seen in “Mom” in 2017.

Who will Odisha’s ruling BJD send to Rajya Sabha?