Sitcom ‘Kidnap Company’ to air on Manjari TV from tonight 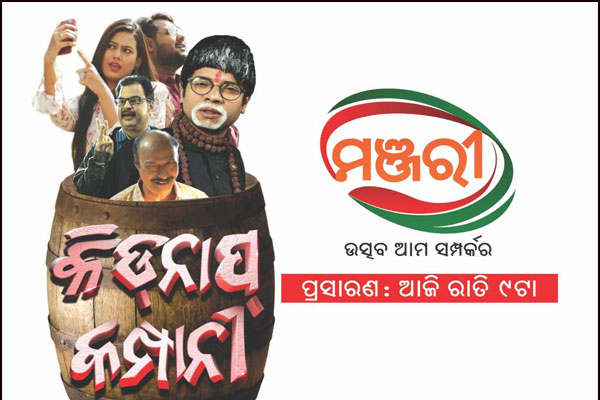 Bhubaneswar: Get ready for a heavy dose of laughter on weekends. Odia comedy serial ‘Kidnap Company’ is all set to hit the television screens from tonight. The show will be telecast at 9 p.m every Saturday and Sunday on Odisha’s first 24-hour entertainment channel ‘Manjari TV’.

The story begins when three men who have repeatedly tasted failure meet a TikTok queen. The four characters later team up and float a strange company named ‘Kidnap Company’.  What they do next with the company will decide if they will finally taste a slice of success or will get caught up in the loop of failure.

The show is from the house of Amiya Patnaik Production. It is directed by Anupam Patnaik. Pranab Patnaik who has also acted in the show is the writer of the story.

Credits for the music direction go to Anurag Patnaik and behind cinematography is Deepak Kumar.

So, are you ready for the laugh riot?