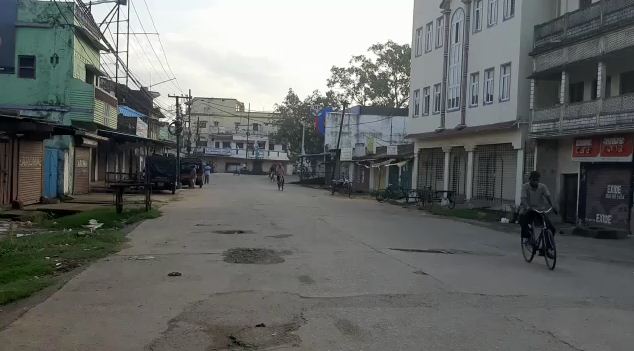 Sambalpur: In a bid to contain the spread of COVID-19, multiple areas in Odisha’s Sambalpur town have been declared as containment zone/buffer zone, an official said.

The restriction became effective from 7.00 AM of July 16 till further orders. All vehicular movement of public transport and personal transport has been stopped in the areas.

A Control Room having police, medical team and Sambalpur Municipal Corporation (SMC) staff will be functional at Telgupada and Gopabandhu Chhak.

All inhabitants of the Containment Zone and Buffer Zone shall strictly remain in their home. All shopping establishments shall be closed. Supply of essential commodities and medical requirements will be ensured by the SMC, the official said.

Urgent medical cases shall be allowed to go out of the containment zone. IIC, Burla police station will issue required pass in case of emergencies with an intimation to the Control Room, the official added.